One Billionaire’s Pledge to Help Save the Oceans 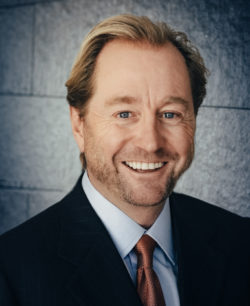 Consider this: Have you done enough to give back in your life? We’re always looking for ways to be of service—to friends and family, to our community, to the planet. So, when we came across this story about a Norwegian billionaire who’s planning to donate most of his wealth to clean up the billions of pounds of plastic in the ocean, we were seriously inspired and wanted to share it with you.

Kjell Inge Roekke, a 55-year-old Norwegian billionaire worth $2.7 billion, got his start selling pollock and crab off a boat in Seattle and has now pledged to donate most of his wealth to cleaning up the billions of pounds of plastic that ends up in the ocean yearly.

Despite his reputation as “a ruthless corporate raider” according to Forbes, Roekke, who also owns an oil business, says he plans to give back to society most of what he’s earned, and has commissioned a 600-foot, state-of-the-art ship named Research Expedition Vessel (REV) that will perform marine research and be managed by the World Wildlife Fund (WWF) Norway. The REV can accommodate 60 scientists and 40 crew members, and it may be the largest yacht in the world when it’s delivered in 2020, according to Business Insider.

Among a number of initiatives, the REV will remove five tons of plastic a day from the oceans, melting them down to be used for fuel for the ship or returning them to land-based waste-management facilities. Researchers on board the ship will also be tasked with developing alternatives to plastic.

We are inspired by Roekke, whose project is part of The Giving Pledge campaign started by investor and philanthropist Warren Buffett and Microsoft founder William Gates III, where the world’s wealthiest dedicate the majority of their wealth to giving back. Roekke joins 170 others in 21 countries whose commitment to philanthropy is part of an admirable collective effort to set a new standard of generosity.

Check out the full story on Time.com.

Gabrielle Bernstein on How to Find Your True Purpose