The Meaning of Mala Stones & Beads

For centuries, malas were used in Buddhism and Hinduism for keeping count while reciting, chanting and mentally repeating a mantra or the name of a deity during prayer and meditation. In the past, they were traditionally made from the seeds of the rudraksha tree, which in Sanskrit originates from the word for the Hindu god Shiva (Rudra) paired with the word for “tear drops” (aksa). It’s said in ancient Vedic texts that Shiva went into a deep meditative state to hold space for the healing of all beings, and when he opened his eyes, tears of compassion fell upon the earth in the form of these sacred seeds to help transcend humanity. Today, malas are made with materials like crystals, lava, sandalwood, rose quartz, jade and many other stones alongside the traditional rudraksha seeds.

The Significance of 108 Beads 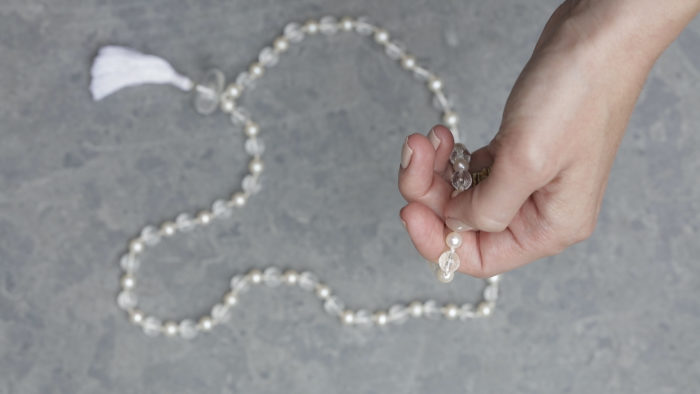 In Hinduism, the number 108 has long been considered sacred, but its meaning is open to interpretation. Renowned Vedic mathematicians believed 108 was the number that represented the wholeness of existence. Some have said that there are 108 stages on the journey of the human soul, and others link achieving spiritual enlightenment with the practice of taking 108 breaths a day while in meditation. According to yogic tradition, there are 108 sacred places on the body as well as 108 sacred sites throughout India. 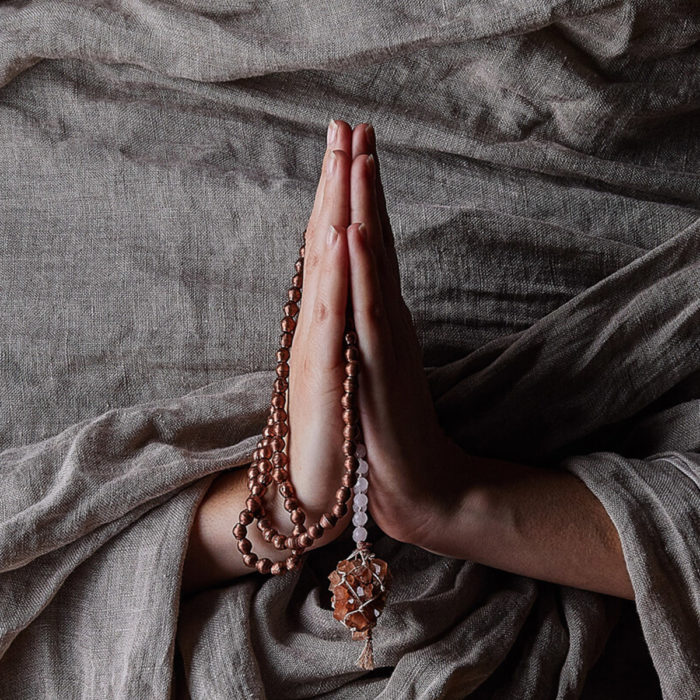 It’s all about the beads. So it’s best to start by checking in with yourself to get a better sense of your intentions before you take your pick. From rose quartz to wood or another natural material, every bead tells its own story and possesses different energetic properties. Sandalwood is calming and activates the base chakra; labradorite stimulates the inner mystical abilities of the wearer; rose quartz is a stone of unconditional love; and black tourmaline is the most powerful ally for grounding and protection.

The Meaning of the Beads 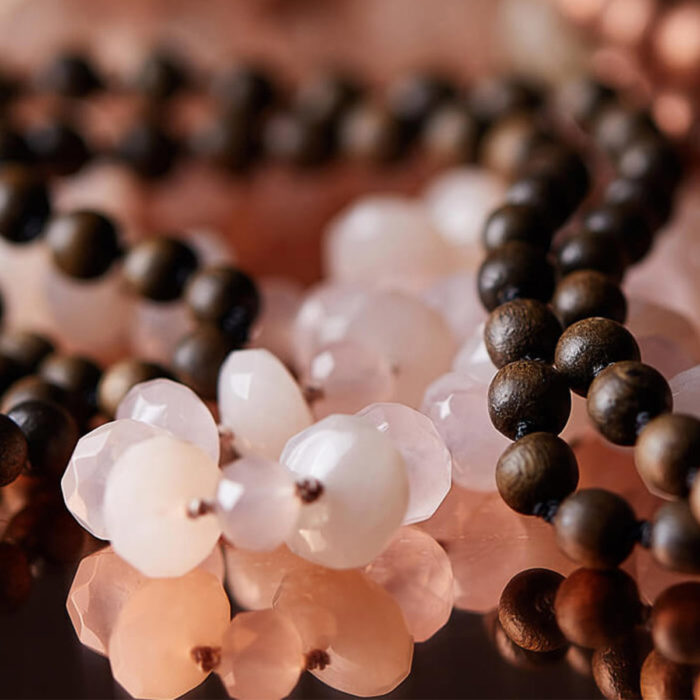 Bodhi Tree Seed: Sacred to Vishnu and Buddhist teachings. Used to bring focus, clarity and cleansing of the mind during meditation and everyday life.

Bone: Sacred to Kali, Durga and Shiva, Buddhist Teachings. Reminder of impermanence, suffering and changes of life; a constant reminder of death.

Ebony: Sacred in Christianity. A black hardwood famous for its beauty and durability; used for fatherhood and embracing light into darkness.

Lotus: Sacred to Lakshmi and Buddhist teachings. Lotus awakens and stirs the mind to abundance and connection to the universal truths, awareness and growth.

Rosewood: Sacred to Christianity and the Native Americans. Used for connection to the sacred spirits, guides and ancestors.

Rudraksha: Sacred to Kali, Durga and Shiva. Transforms everyday mundane activities into higher purposes and spiritual realms. Good for ending relationships, habits and thought forms. Enhances the power of mantras and prayers. The smaller the bead, the more expensive it is.

Sandalwood: Sacred to Ganesha. Good for removing obstacles and creating opportunities, and bringing sacred activities into your life. It’s a general-purpose fragrant wood that can be used for any spiritual discipline.

Tulsi: Sacred to all Goddesses and Rama or Krishna (manifestations of the god Vishnu). Connection to the feminine energies of motherhood, healing, abundance, growth, and to the Earth.

The Meaning of the Gemstones 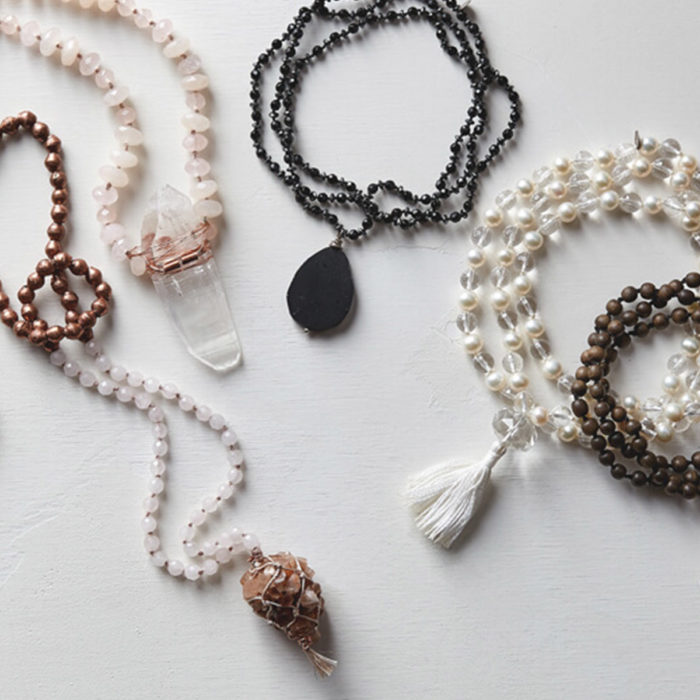 Amethyst: The stone of peace, relieves stress and protects against harm/poisons and can be an aid in overcoming addictions. A wisdom stone that helps in meditative practice.

Citrine: Increases second and third chakras, sexuality and bodily energy. Is an aid against nightmares.

Hematite: Draws illnesses and toxins from body. Is grounding and helps to focus attention.

Moonstone: Connection to the Goddess and emotions. Travelers’ protective stone.

Japa: Special recitation and count of a set number of prayers or mantras for a set spiritual or everyday purpose.

Japa Hand Malas: Have the bead count of 27 plus the Guru Bead, worn on either wrist (left for internal applications or right for external). Can be used for prayers, recitation/count of mantras, or just as a reminder of spirituality.

Japa Full Malas: Have the bead count of 108, and are worn around the neck or on the wrist, used for prayer, recitation/count of mantras.

Mantras: Sacred sounds said aloud or quietly in the mind that bring in spirituality, changes, healing, awareness or other effects.

Guru or Mount Meru Bead: The large bead included in the mala that represents the teacher/Guru or the center of the Earth/Mount Meru. When using the mala, this bead is not crossed (it stores the mantras or prayers being used) and the opposite direction is used.

Counters: Usually made in gold or silver, comes in sets of two, used for the counting of prayers or mantras.

Mala Bags: Traditionally made of silk, used to store malas and helps contain their energies.

Restringing: Restringing is strongly recommended for all full malas.

Confidence And Self Expression Mala With Lapis Lazuli And Chrysocolla 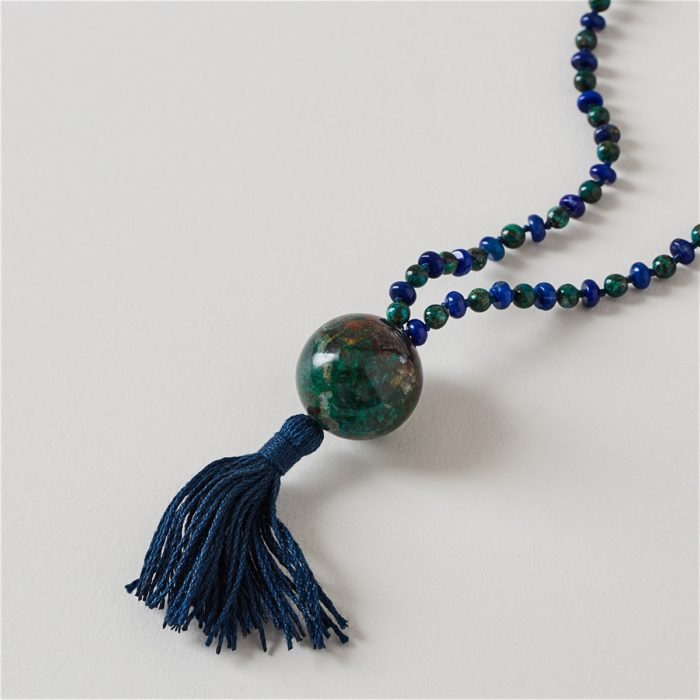 Clarity and Faith Mala With Pearl And Clear Quartz 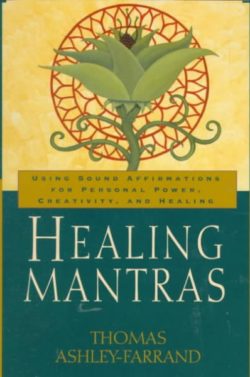 Peruse our other articles on crystals and gemstones.

What the Super Moon & Total Lunar Eclipse Means for You