Astrology is an ancient esoteric system for understanding human behavior. While modern systems work with 10 planets, a few asteroids and mathematically derived “points,” the Sun is the most vital. It’s at the center of our solar system and sustains life. Astrologers use software to cast a chart, and it’s based on the Sun’s GPS—or its exact position at the time of your birth. While no one is, for example, a “pure Aries,” if that’s their Sun sign, they’ll exhibit some, if not most, of those characteristics. A very brief breakdown is that your Sun sign represents your ego and personality, while your Moon sign represents your inner emotional life and what you desire and are attracted to, and your ascendant (aka rising) sign is more about who you project outwardly to the world.

The art of astrology is blending the qualities bestowed by the other nine planets as well as their zodiac house placement and relationship to one another. Understanding the qualities of each Sun sign is an important starting point.

As the first sign, Aries is a trailblazing pioneer, unafraid to explore uncharted terrain. Aries, like its symbol, the Ram, is competitive and likes to lock horns with would-be rivals. As a fire sign, they’re energetic, spontaneous, forthright, heroic, charismatic, inventive, extroverted, funny, quick-tempered and sometimes brutally honest. Aries love to start new things; finishing them is seldom as stimulating. They’re exciting to be around but can be self-centered.

The steadfast Bull is never in a hurry. They move cautiously, are resistant to change and fearful of making a misstep. Taurus is a practical, reliable, grounded earth sign and loves being in nature and gardening. Conventional, risk-averse and determined to the point of being stubborn, they prefer indulging in creature comforts, especially great food and drink, and anything that stimulates the senses. Taurus seeks security—emotional and physical—hence their love of beautiful things, which they can struggle to part with.

As the sign of the Twins, Gemini appears to have two sides, and it’s hard to know which one is going to show up. This air sign is quick: -witted, -moving, -talking. And they can talk! They’re effusive communicators, but they like the exchange of ideas more than lecturing. They’re open-minded, which at times can give off the impression of being flaky or superficial. Their creative minds go 100 miles a minute, and their nervous energy can be palpable.

The first water sign is ruled by the Moon, which imparts many of its characteristics. The Crab is deeply emotional, sensitive, moody, defensive—as quick to protect their loved ones as their own soft underbelly. Although goal-oriented, they approach laterally rather than directly. As the nurturer of the zodiac, they’re compassionate and empathic to the core. And while highly intuitive, they’re great businesspeople. Possessions have an emotional quality, and Cancers tend to accumulate many “treasures.”

The “king” of the jungle is a natural leader, as people gravitate almost magnetically to their larger-than-life, charismatic personality. Leo, a fire sign, is theatrical and enthusiastic, generous and loving, but can also be bossy and controlling. The celestial Lion has a big heart. They teach us about self-love yet have to watch that they don’t veer into pride or arrogance. Leo is fun-loving and playful, creative, childlike, loyal, elegant and extravagant. Often, they really do have impressive manes!

Poor Virgo doesn’t get the respect it deserves, perhaps because of its own modesty. Earth sign Virgo is hardworking, dutiful, hyperorganized and needs to be efficient and, as the sign of service, useful. They’re perfectionists, which leads to an astute sense of discernment, though this can lead to criticism—both of themselves and others. Virgo is analytical, rational, practical, tidy and meticulous. They are great problem solvers, and their eye for detail is the stuff of legend.

As an air sign, Libra is a people person—and a people pleaser. Their guiding principle is harmony, which is why they make great diplomats, judges and peacemakers. (Some Libras can be argumentative, but they’ll always call it a “discussion.”) The sign of the Scales rules beauty, refinement and elegance, but they can have a devil of a time making a decision, hence their reputation for being superficial. Libras are the flirt of the zodiac and can lose themselves in relationships.

Its reputation precedes it. This passionate water sign has two rulers—the snake and the eagle—reflecting its range. Some Scorpios are driven by the need for power and to control their environment, and are unable to temper their intense emotions. With their long memory, they can hold a grudge forever. That type is vengeful, jealous and sexually insatiable. “Evolved” Scorpio energy is about transformation, and seeks spirituality and merging on a soul level. It’s associated with mysteries, secrets, sex, death and shared financial resources.

Half-man, half-horse, the Archer is the adventurer of the zodiac. The eternal optimistic, they spot opportunities where others see hurdles. Restless and footloose, they’re always seeking wider horizons, often alone. The sign of the rugged individualist is open-minded yet not easily swayed by others’ opinions. Sagittarius is athletic and loves being outdoors. They’re funny, eternally youthful, honest to a fault, passionate, nondogmatic and not big on commitment.

The ambitious Mountain Goat is a strategic climber. It plots its ascent carefully, taking however much time is needed to attain its goal. This long-range-thinking earth sign is pragmatic, private, traditional, conservative and the definition of “old-school.” They crave solitude and possess the driest sense of humor. Risk-averse to the nth degree, they’d rather work twice as hard than gamble away their hard-earned money. Their style is understated and bespoke, and even humblebragging is too arrogant for them.

This enigmatic sign is the hardest to describe because each one broke the mold! They’re unpredictable, eccentric, eclectic, quirky, intellectual, avant-garde and contradictory. As an air sign, they love lively conversation, groups and exploring ideas. Water Bearers also love humanity (but not necessarily people on an individual basis). They’re equally interested in history and modernity; their sign rules technology and astrology. Rebellious by nature, they are outraged by social injustice and make great community organizers—or unicycle riders.

Its symbol—two fish tied together and swimming in opposite directions—reflects their inner struggle. Pisces, a water sign, is the last of the zodiac, and is spiritual, mystical, hypersensitive, idealistic, gentle, compassionate, intuitive, reclusive. Pisces is associated with escape and fantasy, which is great for creative or spiritual pursuits but deadly when it involves drugs or alcohol. Pisces is like a private island that you need a personal invitation to visit. Empathic, otherworldly, childlike and unknowable, Pisces often communicate better with animals than humans. 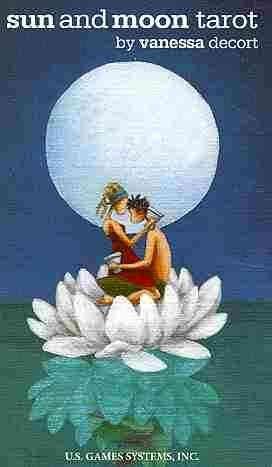 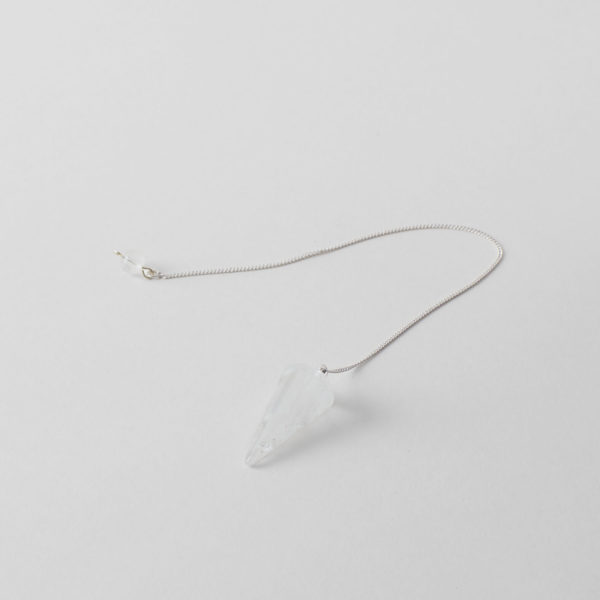 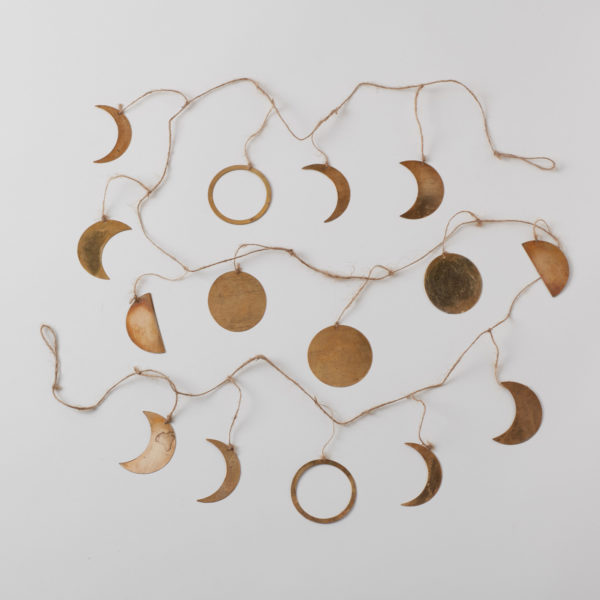 Phases of the Moon Garland 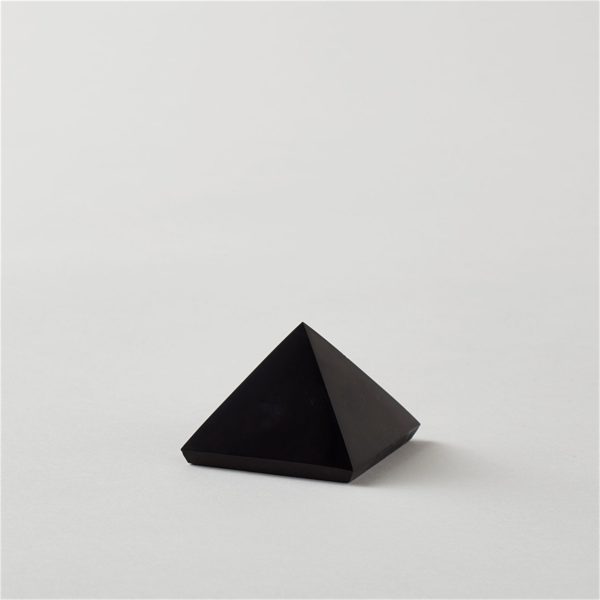 Be on the lookout for future articles on Moon signs, Venus signs, Rising signs, all a host of other astrology content. And be sure to sign up for Bodhi Tree emails to receive our weekly astrology forecast delivered to your inbox every Monday.

Suzanne Gerber credits her four Libra planets for helping her balance her love of astrology, healing and writing into a fulfilling career. Her training includes years of studying Western astrology, South American shamanism, Reiki and other systems of energy work, Jungian psychology and mysticism, and simply observing humans at play. In her private practice, she blends all of these to help clients recognize the unconscious patterns (and karma) that hold them back, unblock their highest potential, and create strategies for living the life of their dreams. She was a writer and top editor at magazines including InStyle, Vegetarian Times, Pilates Style and Redbook; a contributor to dozens more; and has written thousands of horoscopes for countless consumer publications and websites. She’s based in Southwest Florida but works with clients around the world.