How to Use Astrology to Find Your Soul Path

To glean an understanding of your previous existences and where you’re headed now (or in your next life), all you need to know are the date and time you were born. Then download a free astrological birth chart through CafeAstrology.com or Alabe.com and find out who you were. 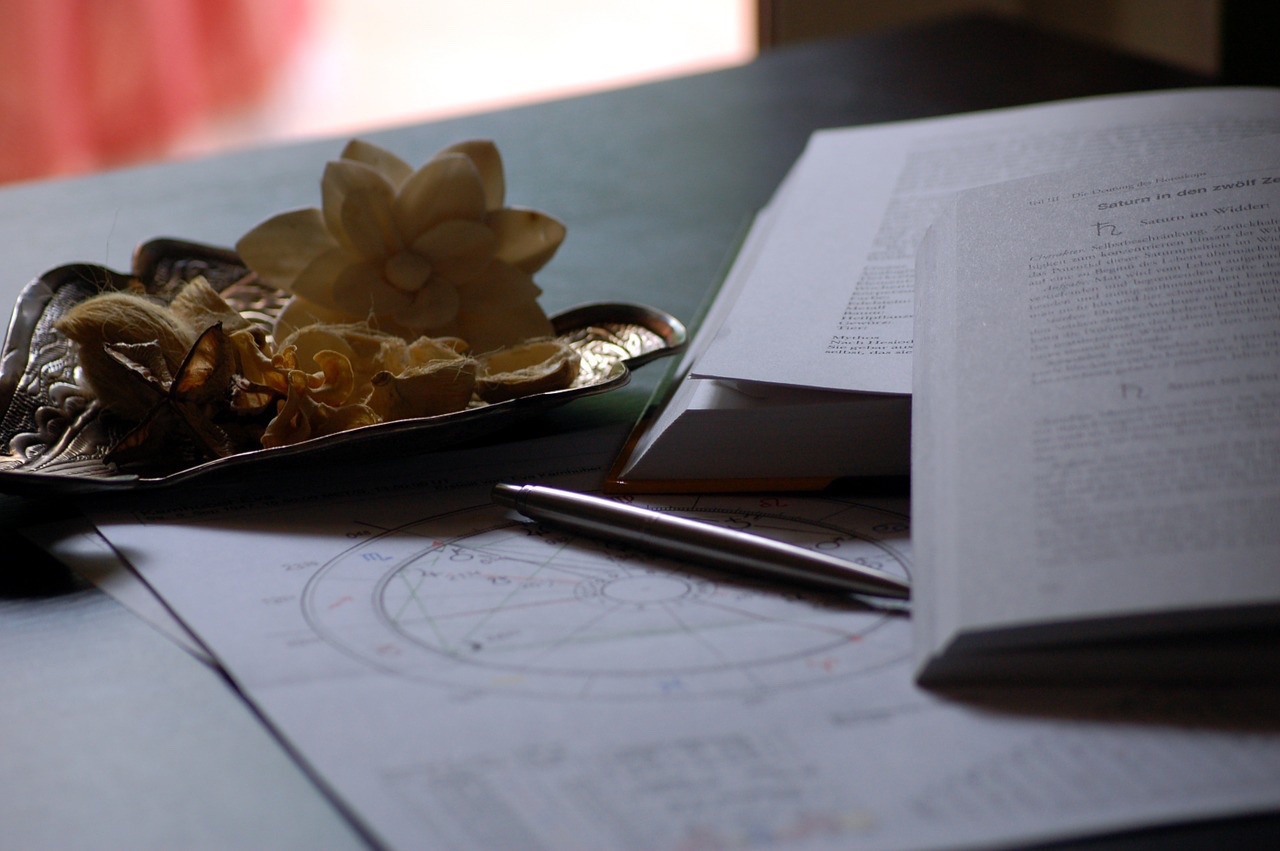 An astrological birth chart shows where 12 different planets, their corresponding zodiac houses, and two nodes (axis points of the Moon) were located in the sky when a person is born. According to Kelli Fox, renowned astrologer and founder of TheAstrologer.com, when searching for past-life clues, the first birth-chart marker to examine is the South Node (the point where the Earth and Moon cross). “It represents our past and what we bring with us,” she says. On a chart, nodes are often indicated by a horseshoe symbol with small circles on either end; the points are directly opposite one another on the chart. The South Node (an upside-down horseshoe) gives you insight into unresolved problems from your past lives that you must deal with in your current one.

Moving away from comfortable behavior is key if you want to unlock the South Node’s lessons. “We earn karmic brownie points if we resolve these things we bring with us, and we are able to move to the next level,” says Fox.

Once you’ve gotten your chart, here’s what to look for, astrologically speaking, to discover where, and who, you’ve been before.

To uncover bad habits and recurring fears, examine what horoscope sign the South Node lies in. If the point is in Aries, says Fox, the influence would be that of a brave warrior, intent on winning and self-preservation, but also the lingering feeling of having not stepped up to the plate. Or if your South Node is in Cancer, family was important to you in a past life, but you might have been overly intent on finding emotional security.

This node can also reveal connections we have with people from past lives, and how the resonance of those relationships affects our current path. For example, if your South Node is in Aries, this relationship would be “more focused on you than we,” says Fox. This lingering karmic effect could make the person continue to be self-absorbed in the present. In this case, the North Node would be in the opposite sign of Libra, the sign of diplomacy. Therefore, Fox suggests focusing on and forming positive partnerships in the present as a way to move past selfish thinking patterns that remain from past-life karma, earning you some of those karmic brownie points.

If the South Node is in the first house (the house of the body, image and appearance), issues from the past are likely to be associated with how people see you. “Something about the physical body has you focused on you,” Fox explains. Because the first house represents the body, if your South Node is placed there, you may have been overly concerned with self-image and physical appearance in a previous life.

Sometimes during a planet’s orbit, it can appear to move backward (in retrograde). In reality, it just means it’s moving slower than our planet. Retrograde planets signify the past’s influence on the present and can be identified in a chart by a capital R with a tail stroke, forming a joined “Rx.”

Jupiter, Saturn, Uranus, Neptune and Pluto are often found retrograde in charts. Because their orbits are much slower than Earth’s, these planets seem to be in retrograde 40% of the time. It’s very rare for a chart not have any retrograde planets: “When there are no retrograde planets in a chart, that person is a new soul,” says Fox.

In his book Astrology and Reincarnation, Donald H. Yott writes that retrograde planets “represent negative character traits carried over from the past” and notes that how a retrograde planet is aspected (the angle it makes to other planets) can reveal how tough a lesson may be to learn. “The more retrograde planets you have in a chart, the greater potential is indicated for development within this lifetime,” he adds. So, if you find a lot of retrograde planets in your birth chart, you may have more karmic leftovers to work out in current and future lives.

Why Saturn’s Placement is Important

Another planetary element that illuminates the South Node’s karmic influence is Saturn’s placement. “Saturn is the planet of karma,” explains Fox. The house and sign your Saturn is placed in, as well as the way it’s aspected, can show you what you need to get right in this lifetime. For example, if Saturn conjuncts your Sun, your karmic challenges include problems with self-confidence, particularly in terms of creativity.

Taking measures to overcome negative past-life leftovers helps you become a more evolved person. Astrology suggests that from one life to another, your fate is not set. Your actions in the present can mean you won’t repeat old patterns and mistakes, which is where the brownie points come into play. “If you can earn those points, the reward is there,” Fox adds. Whether the reward comes in this lifetime or the next is yours alone to decide.

Curiosity, Compassion and Conversation are Highlighted This Week

What the Super Moon & Total Lunar Eclipse Means for You

Valaer Murray is an editor for Livestrong.com and previously worked at AOL, Forbes and Whalerock Industries. She has launched media properties including TheDailyMeal.com and Tasted.com, and has written for numerous outlets, including recent assignments for Jetsetter, Simon & Schuster’s BlackboardEats, LivingHealthy.com and TipsonLivingHealthy.com.