4 Energy-Boosting Elixirs You Need to Know About Now

If your palette has grown weary of morning shots of wheatgrass, cups of Bulletproof coffee and rounds of kombucha, there’s always something else brewing that will help improve energy and wellbeing. The wise King Solomon once said, “There is nothing new under the sun.” But there are new ways to market ancient ingestibles. Here are some of our favorites elixirs that are back as the latest and greatest health aids. 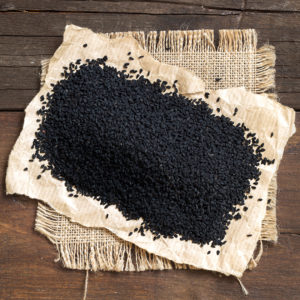 Touted by the Indian herbal system of Ayurveda for thousands of years as an anti-stress tonic and an efficacious transmitter of nutrients, science is now affirming the value of fulvic and humic acids—ingredients naturally present in soil and the main substances in shilajit responsible for energy production within the cell. The thick, resin-like goop is translated from Sanskrit as “rock invincible” or “destroyer of weakness.”

Where it comes from: Documented in the Charaka Samhita (one of the first Ayurvedic texts) as a panacea for many ailments, shilajit was created over millennia from microbial biodegraded plant life that has been pressurized by rock in the Himalayas. When the rocks heat up in summer, the dark mineral oozes like tar from the cracks and is collected and purified.

How to drink it: It can be blended into hot water, tea, warm almond milk or shake elixirs. Hindu tradition suggests adding black pepper, neem bark or turmeric. Drink it in the morning on an empty stomach, but start out with a pea-sized portion.

Why we like it: Shilajit is considered a yoga vahi, a substance which, when used in conjunction with a vitamin or herb, enhances the effectiveness of that item. 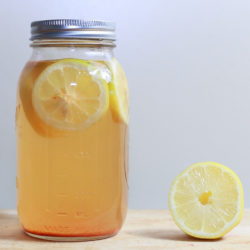 Where it comes from: Switchel may have originally derived from ancient Greece, where oxymel was a medicinal elixir made from vinegar, honey and water, which is referenced as far back as the 15th century. It made its way from the Caribbean (where it was mixed with rum due to a lack of potable water) to the American colonies in the late 1600s, becoming the traditional drink of choice for thirsty Amish farmers harvesting hay, hence its nickname, “haymakers punch.” Its current popularity began after Modern Farmer published an article in 2014 titled “Are You Cool Enough to Drink Switchel?”

How to drink it: With many recipes available online (mostly without alcohol), switchel can be made like cold-brew coffee in concentrated batches that can be diluted when ready to drink.

Why we like it: The heat from the ginger wakes up the senses while soothing the stomach. 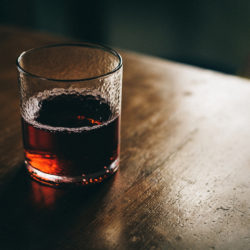 Sometimes referred to as “bread cider,” this traditional fermented beverage that tastes like beer is typically made by fermenting stale sourdough rye bread with water, starter culture and salt. But it can also be made gluten-free when created with beets or various fruits, offering a wide range of nutrients, including vitamin B12 and manganese.

Where it comes from: Sometimes called “Russian cola,” kvass, which means “leaven,” has origins dating back 50 centuries, when Russia’s oldest-known written text, the Primary Chronicles, compiled between the years 850 and 1110 AD, mentions celebrations surrounding the 989 AD baptism of Prince Vladimir, who, after converting his subjects to Christianity, commanded that “food, honey in barrels, and bread-kvass” be distributed. As a health aid, everyone from Peter the Great to peasants reportedly bathed in it and, as a scurvy preventative, lemon was sometimes added.

How to drink it: If drinking it straight is too strong, some people suggest mixing with ginger ale (preferably homemade) over ice.

Why we like it: Beet kvass is a deeply cleansing tonic rich in betacyanins, the pigments responsible for the characteristic hue.

Good to know: To improve flavor, kvass can be seasoned with spices such as cloves, coriander or cardamom because the sour, briny, soil undertone is an acquired taste. 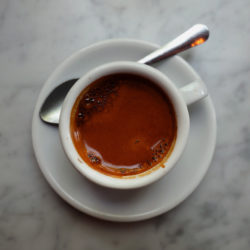 You can find superfood mushroom lattes, mushroom shakes mixed with chaga, lion’s mane, cordyceps, maitake, reishi, shiitake and coffee in many healthy coffee bars. And then there’s instant powdered mushroom coffee made from Arabica beans with extracts of chaga mushrooms added in that you can blend with hot water at home or work. The latter comes in simple-to-use packets from Four Sigmatic, a company whose Finnish founder, Tero Isokauppila, is on a mission to make medicinal mushrooms more accessible to everyone. Four Sigmatic’s two functional mushroom coffees—cordyceps, which increases energy, and lion’s mane, which enhances mental focus—claim to have antioxidant and antiviral effects, and the addition of certain mushrooms to Arabica blends makes the coffee less acidic.

Where it comes from: Indigenous cultures have been incorporating mushrooms into their diets in both solid and liquid form for thousands of years. Traditional Chinese Medicine doctors have been prescribing medicinal mushrooms for centuries for everything from fighting cancer to boosting the immune system, and in the 1940s, Finnish people began using chaga mushrooms as a coffee substitute during World War II when coffee, along with sugar, was hard to find.

How to drink it: Just like instant coffee, mix the contents of an individual packet with boiling water.

Why we like it: It tastes good, has the ease of instant coffee, and when you buy a box of Four Sigmatic, a portion of the proceeds goes toward the nonprofit Boarding for Breast Cancer.

Good to know: The taste of coffee balances the flavor of bitter dried mushrooms. But if you don’t love coffee or want to skip the caffeine, try the Reishi Mushroom Elixir Mix, which does taste like mushrooms.

11 Ways to Wake Up That Will Elevate Your Day

The Secret to a Great Grain Bowl