Celebrating with the Natural World this Holy Day Season

We are surrounded by elements, great and small: the fire of the sun, the water of the rains, oceans and rivers, the air that fills our lungs and the earth we walk upon each day. Many earth-based religions such as paganism and ancient indigenous spiritual practices are rooted within the natural rhythms and cycles of the planet itself. There is no separation between humans, their spirituality and the natural world. Although different gods, goddesses or deities may be worshiped and honored across the globe during the holidays (holy days), the common thread of the natural world pulses throughout the practices and celebrations of most religious faiths.

Bringing an entire tree into the home is one of the more beloved traditions of most Christmas celebrations today. Originally, it was inspired by the German pagan tradition of bringing evergreen boughs inside during the dark days of the winter solstice. As Christianity grew, their traditions were inspired by these pagan roots, and pine trees were brought in and decorated with apples to represent the Garden of Eden. In fact, these trees were once referred to as “paradise trees.”

The symbolism of the evergreen and specifically the pine has a deep spiritual connotation. It’s the most ancient tree of all and has come to represent long life, immortality, constancy and steadfastness. Ninth-century Chinese poet Bo Juyi wrote of pines, “they are ‘useful friends’ to me, and they fulfill my wish for conversations with ‘wise men.’” Seeing pine trees as wise men harkens back to the biblical story of Jesus’ birth, and brings the Christian tradition of celebrating around a Christmas tree full circle.

Similarly, wreaths and garlands typically made of holly or red berries are placed within or around the home at this time of year. The immortal breath of the evergreen was highly revered by the Celts, as they saw life even during the darkest time of the year. The smell of the natural world merging with our morning coffee and toast no doubt serves as a bridge between the sacred and the mundane.

Another plant synonymous with traditional Christmas celebrations is mistletoe, that evergreen plant many hang above a doorway, just waiting for two people to share a kiss. In Druid mythology, an elaborate ceremony surrounding an oak tree and mistletoe is recounted by Roman historian Pliny the Elder in his book Natural History. He describes their magicians as having nothing more sacred to them than mistletoe and the tree upon which it grows. Once found, it’s gathered and turned into an elixir that “given in drink, will impart fertility to any animal that s barren and that it is an antidote to all poisons.”

Fire: The Burning of Candles and Yule Logs

Like earth, the element of fire is also found in many holy day celebrations. As winter’s frigidity sets in and we depend on an outside source of warmth, we begin to see fire as the keeper of life itself. During Hanukkah, the Jewish Festival of Lights, a menorah is lit four days prior to the new moon of December, also known as the winter solstice, and continues to burn four days after. The timing serves as a luminous pathway through the darkness. A traditional Jewish song sung during the lighting of the candles roughly translates to, “We kindle these lights to commemorate the miracles and the wonders and the acts of salvation and the battles that you fought in behalf of our ancestors long ago.… And during all the eight days of Hanukkah, these lights are holy!”

Holy, indeed. Many religions have depicted a divine spirit dwelling within humans akin to fire itself, viewed as both potentially creative or destructive. In the Wiccan tradition, a Yule log is burned during the winter solstice. According to tradition, the log must be harvested directly from the land upon which it will burn, or have been received as a gift—but never bought. Once inside the home, it’s placed in the fireplace or hearth and decorated with evergreen boughs, doused with cider or ale and dusted with flour before being lit by last year’s log, which is reserved specifically for this purpose.

Another fire tradition comes from Armenia, where Candlemas Day, or Trndez, is celebrated approximately 40 days after the birth of Jesus. During this popular gathering among newlyweds and engaged couples, a fire is kindled by the bride and symbolizes the return of the light and fertility. Together, the couple jumps over the flames and the fire is allowed to burn until it is completely out. The ashes are retrieved and kept in the couple’s home as a symbol of luck and protection.

Although the world around us may seem lifeless and frozen, the fire within our own being, as represented by the burning of candles and the crackling of logs, reminds us never to lose the spark of life or hope no matter how dark it gets.

Air: The Sacred Smoke of Incense

Coming from the Latin word incendere, meaning “to burn,” incense symbolically merges the material and nonmaterial realms. Not only for mystics, the smoke of incense is viewed as a physical representation of one’s prayers taking physical form and being carried toward the Divine. Ceremonially, incense has been used throughout the world to cleanse, purify and create a protected, sacred space.

In Latin America, copal (a resin from various tropical trees), is used during both domestic and religious rituals. Churches of Christianity will often burn incense as an emblem of purification. The sweet, earthy smell is also symbolic of the smell of Paradise, or the Garden of Eden. It is said that two of the three gifts bestowed upon the baby Jesus by the three magi were frankincense and myrrh; the frankincense served as an emblem of his divinity while the myrrh represented his future death upon the cross.

During the celebration of holy days, incense can be used to not only bring in the scent of nature, but also a sense of reverence into the home. As we gather and remember all that we are grateful for, our prayers of gratitude rise upon the spiraling smoke. Traditionally, incense is made from the resin of trees or from dried aromatic plants such as sage and cedar. These herbs are considered sacred and are typically only used during times of ceremony or prayer. The smoke of incense has come to represent a shroud in which rebirth can occur. In Babylonian times, Tammuz, beloved of Ishtar, was awoken from his sleep of death by ritual incense fumes. It is also said that the phoenix creates her nest from frankincense and myrrh from which she rises amongst the plumes of purifying smoke.

Bringing the elements of earth, fire and air into the home during the holidays is a way to celebrate and root us in traditions. It’s also a path to connect with ourselves and the natural world we engage with each and every day. 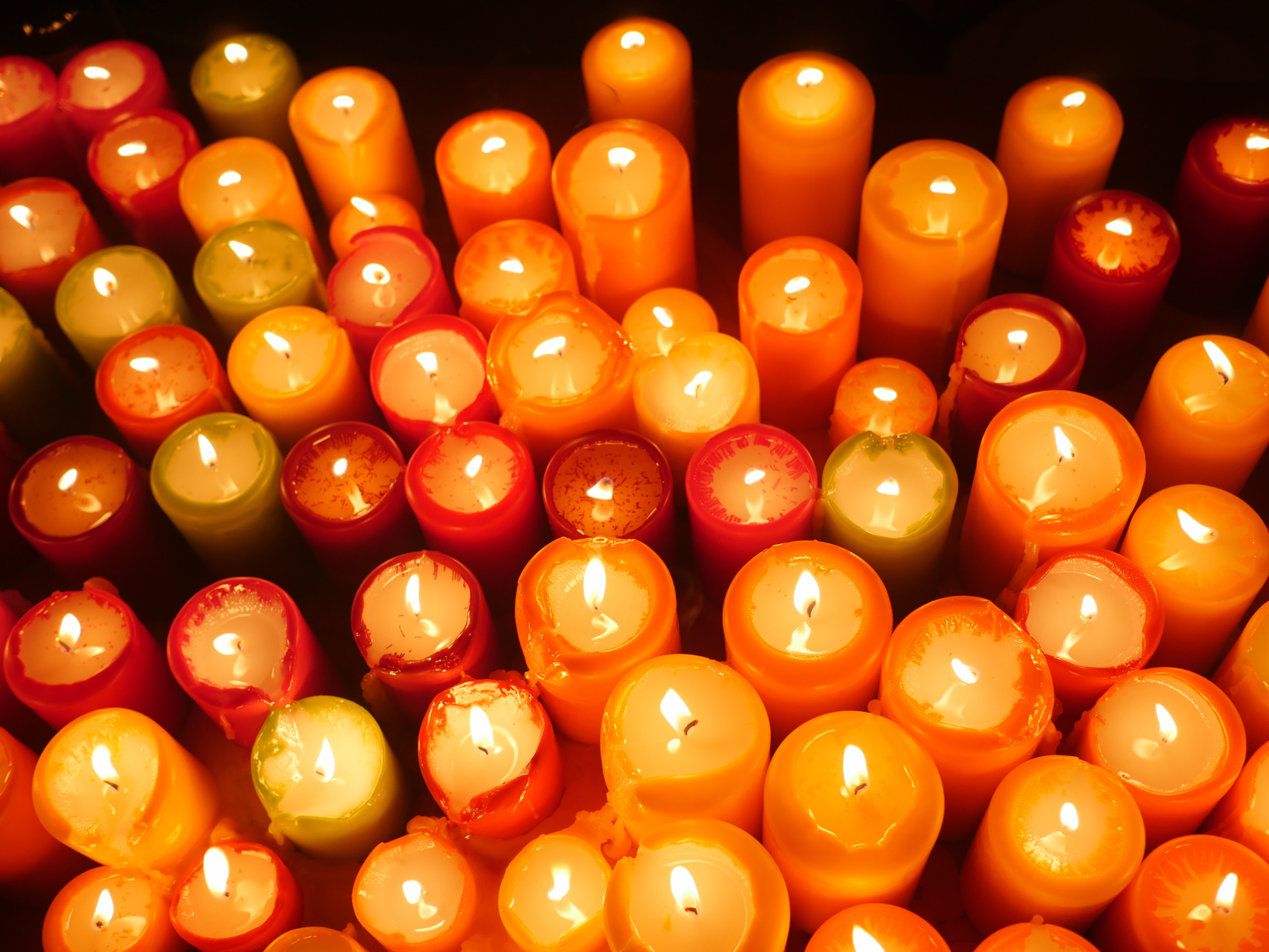 Autobiography of a Yogi Turns 70

Gina Gibbons is a nomad at heart, traveling and studying herbal medicine and the natural world wherever she is. Her love and respect for traditional cultures and natural healing led her to co-found Pure Planets, where she shares her plant and stone medicine creations and serves as a bridge between the natural world and her community. She lives at the foot of the Rocky Mountains in Boulder, Colorado, where she overlooks the Great Plains and gives thanks the mystery of life each day.