To Garden Is to Grow

Of the many rituals that come with the arrival of summer, one in particular takes on a near-religious fervor starting at the end of May, and lasting through the final warm days of fall. That is the annual rite of pulling, weeding, tilling, planting, fertilizing, watering, watching and waiting, also known as tending a garden.

Before I lived in a quiet spot of rural New England, I thought that the whole business was frankly a bit forced, a pastime like raising spaniels, enjoyed by eccentrics or the elderly. Zealots. I’ll admit that it was an odd prejudice, and one that ignored my own history. My mother’s mother, a dainty Bostonian of no-nonsense fortitude, was an expert on wildflowers. She knew her fiddleheads and phloxes and lived to spot a rare white lady’s slipper in the woods near her New Hampshire cottage, which she strolled each day wearing nude nylon stockings and dresses sewn by her own hands. My father’s father was an Italian-born campesino, who grew figs, olives, avocados and plums in his tiny backyard in Tuscon, Arizona. I am certain he never bought a fruit or vegetable in his 97 years.

But then, something happened with the next generation. All those post-war canning innovations eliminated the desire for my parents and their children to grow-your-own in the suburban Boston of my childhood. There was so little time and even less interest to nurture any green life out back.

The Pressure to Plant

But it is all coming around. Up here, in the woods below the Berkshire Mountains, there is not just a need but a pressure to have a garden. It became clear the summer I moved here from New York City, over a decade ago. I was molting, smack in the middle of a transformation. I was trying to unpack and fix up the house while discarding half of our belongings, relinquishing much of our lives to the dumpster’s insatiable maw. At the same time, I mourned the city I loved and had left.

It was not a comfortable situation for our contractor Keith to walk into every day. He’d find me weeping in my nightie, overwhelmed by the work that needed to be done and the money it was going to cost to make this weekend crash pad a year-round home for me, my husband and two children. He started bringing cucumbers, lettuce and herbs when he arrived in the morning, depositing his offerings on the counter without a word, along with coffee for me and donuts for my kids.

“The vegetables are growing like gangbusters,” he said one morning. “Must be all that rain we had in June. The lettuce just won’t quit. I’ve tried this new thing to keep the deer away. Bobcat urine.”

I stared at him. “Someone collects bobcat urine?”

“I just get it at the hardware store.”

I needed caffeine and fast.

Then one day he started a full-on press.

“Want me to get your garden started?”

“Thanks, but I have too much to do. We already have nice flowers. I can’t take on vegetables.”

“You can’t live in a place like this and not have a vegetable garden,” he said. “And let’s face it—your flowers need a little love.”

In spite of its disarray, our garden, which extends alongside the fence, issues peonies, black-eyed Susans, crimson bee balm and lavender by the bush, year after year. We have never been short of blooms in our yard, and it has sometimes mystified me how this stretch of flowers and weeds has not had its spirit broken by neglect. I never thought it needed me but Keith proved me wrong, and exerted his will somehow, subtly, as if he knew the answers to questions I didn’t know I was asking.

He and his colleagues in construction kept arriving in the morning with squash, then beans and tomatoes. Once, a white eggplant appeared in my kitchen. It was alien and beautiful. The workmen crowed about the size and color of their vegetables as if they were in the locker room bragging about something else. Their passion for the simple beauty of their garden’s haul eventually convinced me.

Gardens, in Keith’s view, beat almost all for self-help. It can be a place to find yourself if you are lost, a reference point that highlights the concepts of possibility and hope and optimism. Keith knew that a garden is something that forces you to look ahead, that rare place where a mystery has a guaranteed solution. It is the point—and one of the perks—of living here.

That first year, I started with green beans, zucchini, and basil, all planted next to the flowers in the existing beds. I swear I put no effort into it; I just buried the seeds and made sure there was sun and water. Each year, I have taken on a few more plantings. Zinnia. Dahlias. Parsley. Roses. An herb garden. Spaghetti squash, which I bake and load up with butter and Parmesean cheese. Finally, I built two raised beds, bought an industrial sized watering can and was ready to grow tomatoes. What was I waiting for?

The last weekend of May, a few years back, my friend Sarah brought me to Tomatomania at a nearby high-end nursery, an event that heralds the start of the growing season. Who knew that a Woodstock-like gathering of the faithful and fanatical happened every year? Armed with a checklist of countless varieties—from Pink Ping Pong to Isis Candy to Painted Ukrainian—we were in tomato heaven, Sarah and I and legions of devoted gardeners in straw hats and plastic clogs. I did not know that tomato plants emit a perfume like a Mediterranean breeze, heady, earthy and sweet, which fills the air and stays on your fingertips long after they touch the leaves.

I settled on six varieties—Sarah warned me about overdoing it, and she was right. I went back the next day, just to inhale that fragrance. One month later, my plants grew to almost four feet tall, and I stocked up on olive oil and sea salt to dress my Cherokee Purples when I plucked them from the vine.

It still astounds me when something grows from a seed. Arugula takes all of five days to spring up, all peppery and tart. Stop me when I start to brag about the mellowness of my lacinato kale leaves, the tenderness of my Swiss chard. My garden, modest to be sure, not only connects me with the place I live, but also with the places I come from. The ochre roses, and the tulips I plant each fall when the ground gets cool make me think of my Yankee grandmother. I picture her with her little gloves and pruner, no drama, sweat or sunscreen—just patience. The tomatoes channel the Italian side and my grandfather who was a world away from his birthplace, but brought with him an affinity for the land and soil and everything they give us. I can see him, tanned and barefoot, squinting as he reaches high to pluck a fig, or in his kitchen slicing an avocado that’s still warm from the Arizona sun.

He knew instinctively what I’d yet to find out. Of everything it can issue forth, our green earth’s most enduring gift is hope. And today, it’s everywhere in my New England landscape. It’s in the pale flowers on the peach tree, in the peony shoots, and even in the empty beds of soil waiting for this season’s plantings. It’s springtime. Let there be blossoms and berries, color and perfume. In other words, life. 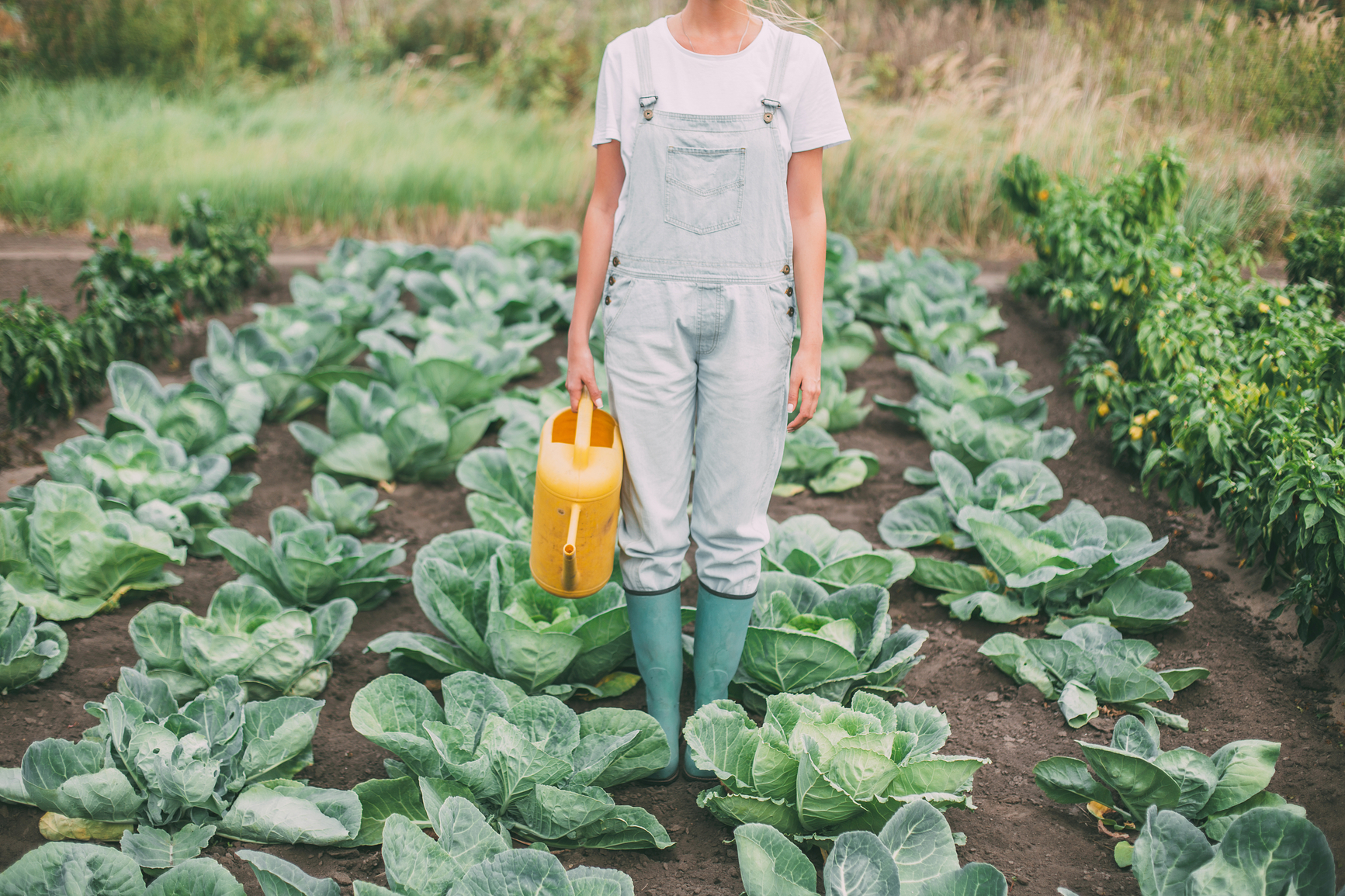 Clearing Your Chakras with Color Therapy

Marcia DeSanctis is a frequent contributor to Vogue and Town & Country magazines, and a travel writer whose essays have won five Lowell Thomas Awards from the Society of American Travel Writers. She is the author of The New York Times best-selling book 100 Places in France Every Woman Should Go.